Windows Vista Build 5112 (with a build tag of 5112.winmain_beta1.050720-1600) released on July 27, 2005 is the first official Beta 1 build of Windows Vista by Microsoft and the first released after Microsoft decided to give the "Longhorn" project the final "Windows Vista" name. However, "Longhorn" was still used throughout the interface (such as in the "About Windows" dialog box).

When contrasted with Build 5048 this build was a notable advance with many new features. New interface features include AERO Wizards for creating shortcuts and mapping network drives; the Games Explorer; the List Pane to facilitate the composition of Static Lists; the "Save Ghost" (a preview in the Shell of a file before it is written to disk); Virtual Folders (that replace the AutoLists of Build 5048); an improved Advanced Search interface; new Control Panel applets (e.g., Auxiliary Display); and numerous new high-resolution icons.

Virtual Folders replace the traditional folders on the Start menu (in keeping with pre-reset "Longhorn" concepts) and are displayed prominently within the navigation pane of Windows Explorer, which illustrates the direction of Microsoft's vision for this feature at the time. New Virtual Folders for photos and videos—All Pictures and Videos, All Videos, Keywords, and Rating—combine photos and videos into a unified view, which is reminiscent of "Longhorn" concepts such as Phodeo.

Other new features include Guided Help, Network Projection, PC-to-PC Synchronization, SafeDocs (a preliminary version of the new Windows Backup application), and Windows Speech Recognition (with the Microsoft Speech Center and its associated commands). Windows Speech Recognition in this build is notable for the abilities to configure the operation of voice commands, to play albums, artists, genres, and playlists from a user's Windows Media Player library, and to control operating system volume levels (features not present in the RTM version).

In regard to the new name of the operating system, Jim Allchin stated: "I love this name. ‘Vista’ creates the right imagery for the new product capabilities and inspires the imagination with all the possibilities of what can be done with Windows—making people’s passions come alive.” Allchin's comments were reminiscent of those he made of "Longhorn" during WinHEC 2004.[1]

A composite of Virtual Folders; the new chevrons for Date Taken and Rating indicates the ability to filter queries directly from the navigation pane. Color coding of folder templates—a pre-reset "Longhorn" design decision—is also incorporated as of the release of this build. 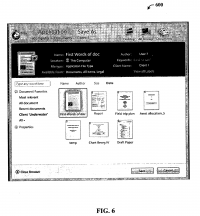 New preliminary features in this build when compared with Windows "Longhorn" Build 5048 include:

These features/options which were previously included in Windows "Longhorn" Build 5048 have been removed from Build 5112:

Changes from Build 5048 include:

Retrieved from ‘https://www.betaarchive.com/wiki/index.php?title=Windows_Vista/6.0.5112.winmain_beta1.050720-1600&oldid=454001’
This page was last modified on 13 April 2022, at 02:15.
This page has been accessed 2,368 times.
Content is available under the Creative Commons 3.0 ShareAlike (except the Microsoft KB Archive). unless otherwise noted.
Privacy policy
About BetaArchive Wiki
Disclaimers