Windows Vista Build 5219 (with a build tag of 5219.winmain_idx02.050830-2010) is a pre-release build of Windows Vista—the first released to the general public with the Beta 2 designation, the first official build of the Ultimate edition, and the first to extensively use the new "Vista" name (instead of "Longhorn"). With its release, Microsoft introduced various incremental improvements—and several major changes—during the development process when contrasted with the previous Build 5112. Hillel Cooperman (of Get Users to Fall in Love With Your Software esteem) used this build to demonstrate Microsoft Max at PDC 2005.

New features in this build include improvements to Windows Aero; rich tooltips for metadata painting (descriptions informing of actions that will occur when dragging an item into a group or stack to write a metadata property to that item); a Contacts user profile folder (with subdirectories and features not present in the RTM version); preliminary Control Panel applets for Peer-to-Peer (People Near Me) and Secure Startup (BitLocker); premium games such as Purble Place; improvements to Network Projection and SafeDocs; the pre-reset SuperFetch service; and new applications such as Windows Calendar. The Windows Experience Index—referred to as a PC's power rating—is referenced by the Help and Support Center.

Windows Vista imagery from Microsoft (reminiscent of "Longhorn") uses the Library introduced in this build.

Guided Help and Windows Speech Recognition are included with this build. PC-to-PC Synchronization is available for the same folders as Build 5112, and also for the new Contacts folder (and notably for its Other and Personal subdirectories—the first instance where it is available for folders outside of the main user profile). Build 5219 does not include Network Computer Sharing; the Save Ghost (a preview in the Shell of an item about to be saved to disk); and the List Pane or Static Lists. Nevertheless, it includes extensive preliminary documentation in the Help and Support Center for both Network Computer Sharing and Static Lists.

This build includes the following preliminary new features over Build 5112: 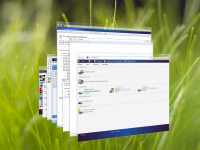 Flip 3D in Build 5219 is invoked by simultaneously pressing the Windows key and the spacebar.[1] 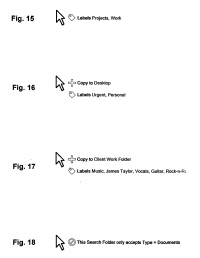 The tooltips for metadata painting in this build comprised a broader Microsoft effort for a "rich drag-and-drop interface".[2]

These features/options which were previously included in Windows Vista Build 5112 have been removed from Build 5219:

These features/options which were previously included in Windows Vista Build 5212 are not present in Build 5219:

Retrieved from ‘https://www.betaarchive.com/wiki/index.php?title=Windows_Vista/6.0.5219.winmain_idx02.050830-2010&oldid=453996’
Category:
This page was last modified on 13 April 2022, at 03:06.
This page has been accessed 823 times.
Content is available under the Creative Commons 3.0 ShareAlike (except the Microsoft KB Archive). unless otherwise noted.
Privacy policy
About BetaArchive Wiki
Disclaimers