Windows Vista is an operating system developed by Microsoft, released worldwide on January 30, 2007. Prior to its official announcement on July 22, 2005, it was known by its codename, Windows "Longhorn".

Development of the operating system spanned approximately five years, starting in early 2001. Over the course of this time period, the product was first codenamed Whistler+ (with some sources stating Idaho as a possible codename), and then Longhorn in May 2001. The first builds of the operating system known to use the Longhorn codename were compiled in May, 2002.

Initially envisioned as a minor upgrade to Windows XP, Microsoft later characterized "Longhorn" as a complete overhaul of the Windows operating system. One of the largest changes slated for "Longhorn" was pervasive use of managed code.

While in its earlier stages of development, "Longhorn" suffered from many problems relating to reliability and stability. This was due not only to the premature technology on which the operating system was based, but also because of the way new features were introduced and implemented. For this reason, the development of the operating system was "reset", with a preliminary build, 3790.1232.winmain.040819-1629 being compiled on August 19, 2004. Although this build is not known to contain any code from "Longhorn", it did include the "Longhorn" End User License Agreement (EULA), a testament to the build's authenticity.

Windows Vista came in many editions. Unlike Windows XP, there were no special edition for Media Center and 64-bit capability. Windows Vista also did not have an embedded version.

Some of the features like Aero required higher hardware specifications to properly work on Windows Vista.

Windows Vista was a revolutionary upgrade from Windows XP.

NOTE: Some of the earliest builds listed may not actually be Beta 2 builds (although still obviously within the Beta 2 fork), so their exact status is still to confirm. 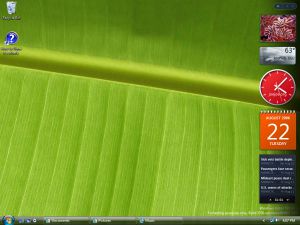 Retrieved from ‘https://www.betaarchive.com/wiki/index.php?title=Windows_Vista&oldid=454151’
Category:
This page was last modified on 18 April 2022, at 08:18.
This page has been accessed 7,797 times.
Content is available under the Creative Commons 3.0 ShareAlike (except the Microsoft KB Archive). unless otherwise noted.
Privacy policy
About BetaArchive Wiki
Disclaimers