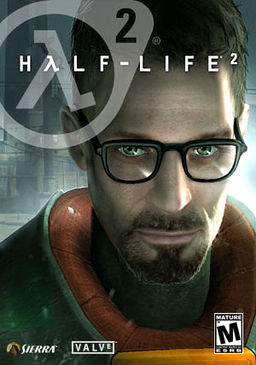 Half-Life 2 is a science fiction first-person shooter computer game and the sequel to the highly acclaimed Half-Life. It was developed by Valve Corporation and was released on November 16, 2004, following a protracted five-year, $40 million development cycle during which the game’s source code was leaked to the Internet. The game uses the Source game engine, which includes a heavily modified version of the Havok physics engine and was also the first video game to require online product activation.

Retrieved from ‘https://www.betaarchive.com/wiki/index.php?title=Half-Life_2&oldid=25441’
Categories:
This page was last modified on 13 April 2020, at 13:50.
This page has been accessed 351 times.
Content is available under the Creative Commons 3.0 ShareAlike (except the Microsoft KB Archive). unless otherwise noted.
Privacy policy
About BetaArchive Wiki
Disclaimers