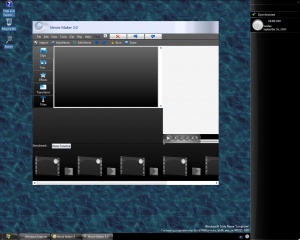 Only one screenshot of this build has been released, which shows a prototype version of Windows Movie Maker 3.0 based on the Windows Presentation Foundation (then codenamed Avalon).