Crash Screens are present in Windows to inform the user of errors that occur in Windows.

The Blue Screen of Death is the most common crash screen seen in Windows and is the subject of many jokes. 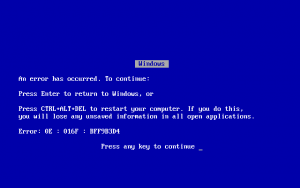 The BSOD in these versions of Windows was a common sight, due to the unstability of the OS. In Windows 3.1, a BSOD could be triggered simply by pressing CTRL-ALT-DEL. When a system BSOD occurred, they could be recovered from but it would result in the OS decreasing in stability; even more so in the case of Windows ME. 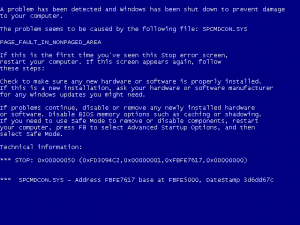 Windows NT BSODs (also called STOP errors) are unrecoverable system errors caught by the NT Kernel. A STOP error in Windows NT rarely occurs unless there are bad drivers, bad software, expired timebomb or failing hardware. Usually, a memory dump is saved to disk unless a disk error occurs, in which case no dump is saved. 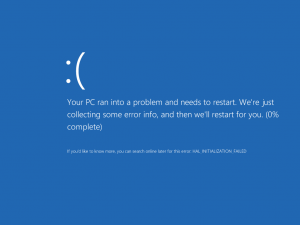 The BSOD in Windows 8 was revamped to make it more user-friendly - the Windows 8 BSOD only shows the error string; one must use Event Viewer to find the hexadecimal error code.

Black Screen of Death in Windows 3.1

The Black Screen of Death was a semi-common sight in Windows 3.1 where MS-DOS applications (particularly networking stacks) would fail to load properly. The screen would result in a hard system lockup, requiring the PC to be reset. 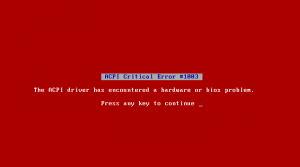 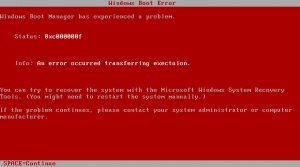 Red Screen of Death (RSOD) is a nickname for the error message which existed in some beta versions of Microsoft's operating system, Windows Vista. It was dropped in Beta 1 (Build 5112) of Vista for all errors except boot loader errors. It can also be found (but rarely) in early builds of Windows 98, even when it was known as codename "Memphis".