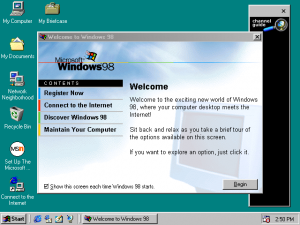 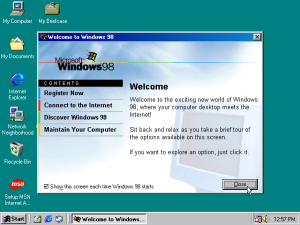 Windows 98 (codenamed Memphis) was released to manufacturing on May 15, 1998. It is the successor to Windows 95.

Windows 98 "TE" is a fake version of Windows 98 build 2222. It "features" Windows ME boot screen, but modified, DirectX 8, logos from Windows ME, and many non-Windows applications included. That's not to mention the incredulity that everything was auto-filled, like having an answer file. And the entire system is in Russian.[1]