From BetaArchive Wiki
< Windows 8
Jump to navigation Jump to search

As this build's lab isn't working on new features, but on ARM compatibility, there are only minor changes in the user interface: the window title centered instead of aligned to the left, the caption buttons are slightly bigger than in Windows 7 and an IE 9 build is used instead of IE 8 RTM. The characteristic "User Tile" seen in the older Build 7850 isn't present here or disabled and the desktop picture is one already seen in Windows 7 instead of the blue M1 wallpaper. 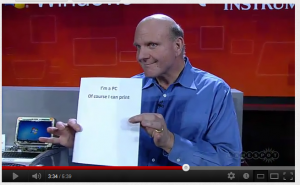