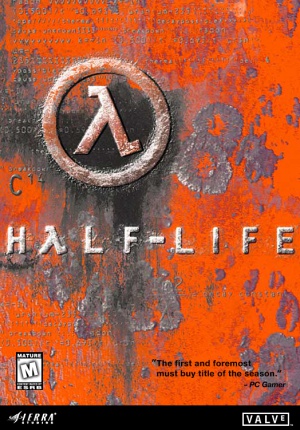 Half-Life is a first-person shooter video game released by Valve Software on November 19, 1998. It is powered by the proprietary GoldSrc engine, which is based off the Quake engine with support for decals, beams, local palettes, 16-bit color and RGB lightmaps.

For WON and early Steam versions of the game, build number starts from October 24, 1996. For late versions it starts from December 26, 1996.

Retrieved from ‘https://www.betaarchive.com/wiki/index.php?title=Half-Life&oldid=25440’
Categories:
This page was last modified on 13 April 2020, at 13:47.
This page has been accessed 400 times.
Content is available under the Creative Commons 3.0 ShareAlike (except the Microsoft KB Archive). unless otherwise noted.
Privacy policy
About BetaArchive Wiki
Disclaimers