After getting a few disks of Multiplan 1.02 for the Mac, I've started to notice that some disks have a 3-digit number following the product number, as shown in the pictures below.
I'm just wondering if those digits actually mean anything? The contents of the disks don't look different, and Multiplan itself reports version 1.02 with the same build date of April 27, 1984.

I also have a disk with simply version 1.02 written, but the disk contains version 1.1 (I can't open the application because apparently it wants the master disk but it is an official Microsoft disk, I got it this way), and the Get Info panel says version 1.1 too. The blurry phone picture is from a listing on eBay with another 3-digit number in the end.

Does anyone have any insight about this? 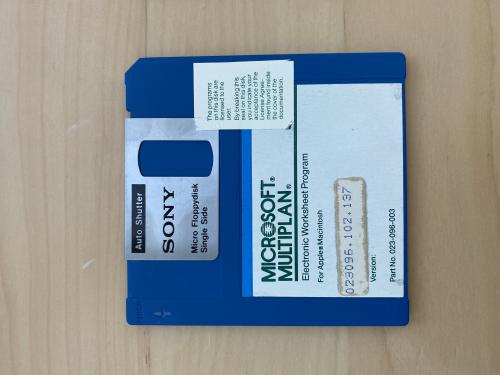 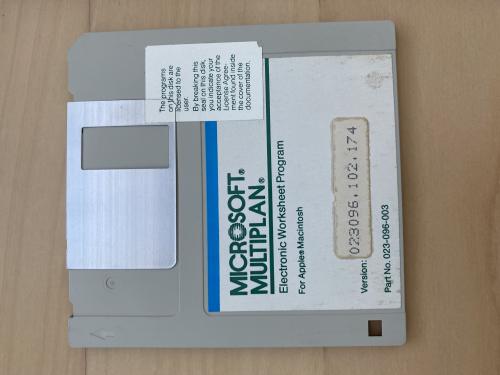 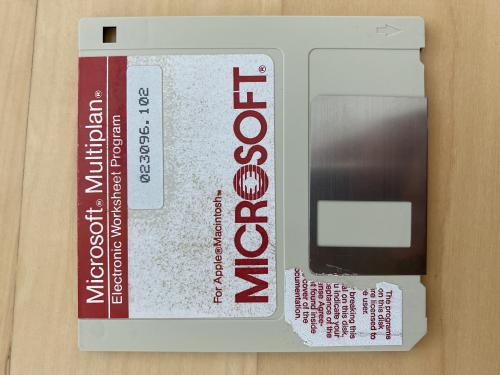 Re: Microsoft Multiplan 1.02 for Macintosh Revisions?

Interesting question. Off the top of my head, I don't recall seeing that on other Microsoft products. Sort of smells like a date code, but if the contents are the same, then it seems a little odd to indicate that. (programs like WordPerfect changed on an almost daily basis and I only wish they had indicated precise version and release dates on their labels).

Were the earlier 1.02 releases copy protected? If so, perhaps they indicate something about that?

Here is one more, like your third image, but does not have that extra number. (should be on the BA FTP) 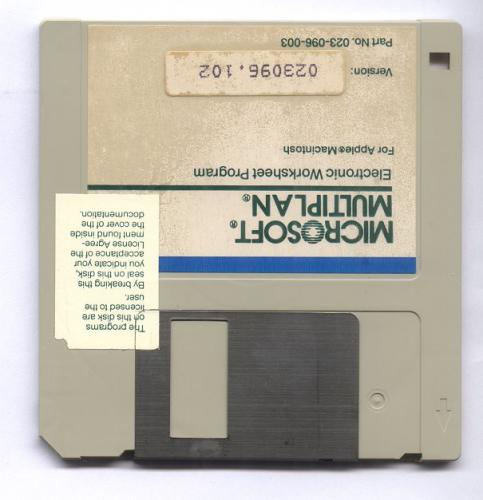