1. Don't post a request if you have under 10 posts as stated in the rules. If you do anyway, it will be deleted without further notice.
2. Requests for anything against our rules will not be entertained and you will be warned.
3. Check that we don't already have the file on our FTP servers by using the database linked in the navigation.
Post Reply
7 posts • Page 1 of 1

Here's a few interesting ones. I also uploaded the missing disk 1 of Windows for Workgroups 3.11 build 100 English, so that release is now complete.

This was a known leak, just only recovered now. Server edition remains to be found. 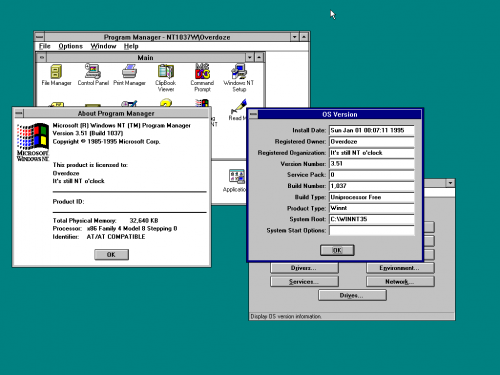 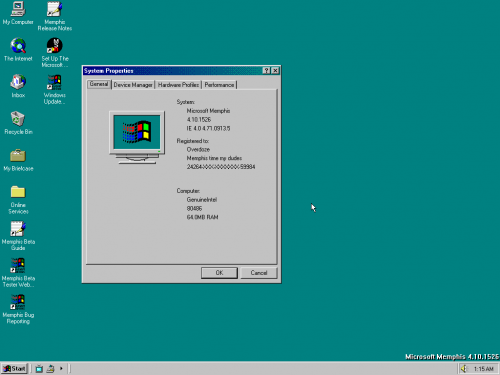 This is obviously build 411, but with Hebrew input support. Boot screen says "Hebrew Edition - PDK" and there's a "Hebrew" CPL which apparently was meant to allow switching the UI language between Hebrew and English (greyed out as you can see in the screenshot). It's an upgrade build, but allows clean installs. 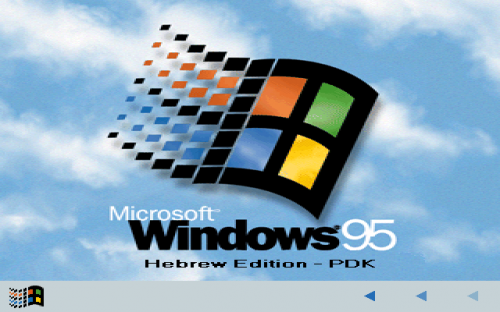 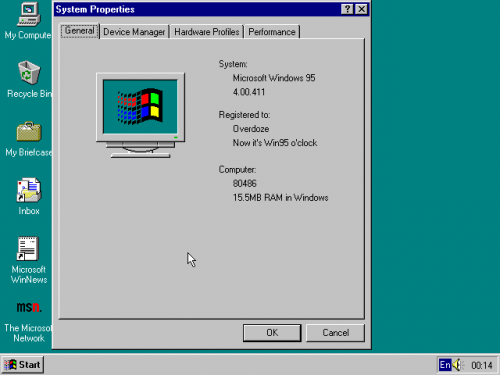 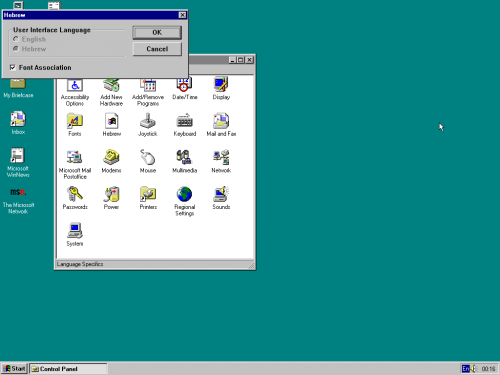 These two are almost identical to their "normal" counterparts that we already have, except for a few details. Both have a SUWIN.EXE that has a SETUP_INF text resource that the normal variants don't have. The file is used to populate the DefaultShare list with internal network shares (see this topic for the same thing in older builds - in 116 and 122 this is now only in internal builds apparently).

Internal 116 additionally has a slightly newer EXTRACT.EXE included than the normal one. It also creates a start menu startup folder shortcut for SURVEY.EXE, named ChicInfo. The file is not present in the copy, though, so the shortcut is useless. APPLETS.INF says ";bugbug added for lonniefe test" about this.

122 also includes an internal WinBug (rather than the external one), and TRANS.BAT/TRANSFER.BAT files for creating installation floppies clearly label this as an internal copy. Unfortunately, the later half of the main CAB chain is missing, but the first half appears to be identical to the normal variant, so chances are nothing much was lost because of this.

Woah! The leaks recently are crazy! Thanks Overdoze for sharing these builds!
Top

You're really a genius of the search

But, where is located the complete Windows for Workgroups 3.11 build 100 English build ?
Top

I only uploaded disk 1 to the FTP so it will be added to the existing release.
All roads lead to Neptune™

Oops... What I meant to say is where are this 1st disk of this build.

English is not my birth language sorry

For the record, build 1532's release notes also mentioned 1525.2. But still interesting to see it mentioned here regardless.
Top