Today on the FTP got uploaded a beta version of Microsoft ever so short lived ''Polaris'' OS.

Polaris was a very short lived variant of Windows Core OS (which is now the foundation of Windows 10X) meant for Desktops and Laptops.
Polaris would have introduced a completely redone UI, made using the Universal Windows Platform, on top of a new core/OS base, and the shell would have been most geared towards desktop/laptop users.

What leaked is an ARM32 version of Polaris, Build 16299. This version of Polaris unfortunately is either crippled due to the branch it comes from, or too early to actually contain an actual shell.
What does this mean? Well in short, if you ever get this to boot (i did this for you so you do not have to), you will get thrown into a placeholder "UI" (which consists basically of a different shade Windows logo.
From there you can really only do two things:

- Press power once to shut down the device
- Wait a little while til a debug USB interface shows up on a connected computer over USB, from there you can potentially open a command prompt shell edit/view files and sideload applications.

Now, here are some actual pictures i took, of what could be taken: 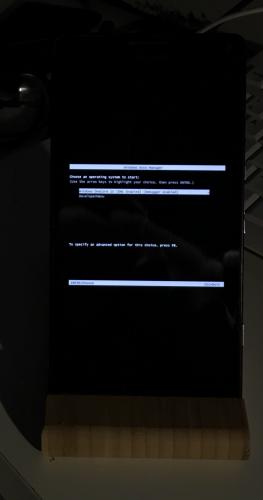 The name used on the boot entry is Windows OneCore 10 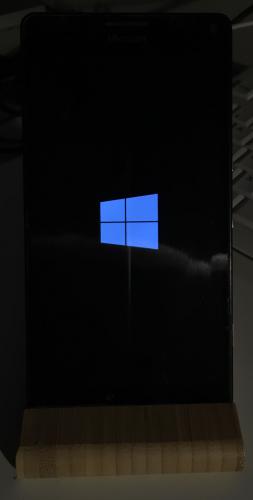 The fallback UI you get thrown into, when no shell/composer is present on the device 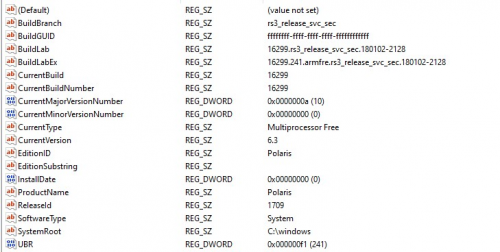 The current version key, showing Polaris as the 'edition' name

With the release, is a readme attached if you ever feel like booting this. You will really need drivers, as despite this having no shell, it does require you to provide a valid GPU driver, and you may want USB to work for diagnostic.

I haven't figured out yet how to properly use the diagnostic interface. It is certainly a variant of TShell (which is terminal shell over telnet, like on good old Windows Phone) but unfortunately none of my older TShell tools work with this build.
If you try this on a phone, you will have to get rid of Platform Manifests (present on EFIESP\efi\microsoft\boot\platformmanifest) and be extra careful with the phone partitions, which shouldn't be altered in any way other than mainos and data and some of efiesp.

Now, why should you care?

Well PolarisOS was an extremely short lived version of Windows, might have been the most short lived one, and is as a consequence is a very rare collectible. Safe to say you may never see something from Polaris in the future, other than this.
This release may not have much in terms of UX goodies, but it's going to be well preserved for the future, and perhaps some people will find out more things about it.

As a bonus, a picture of a build of Polaris OS with an actual shell leaked along with this release: 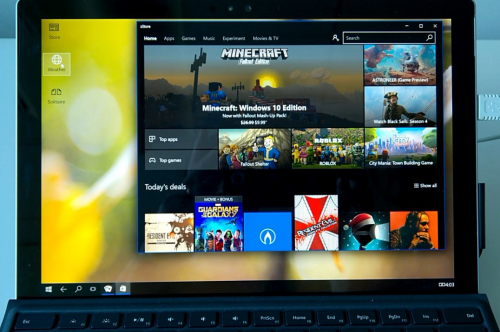 And here is one of the wallpapers as well: 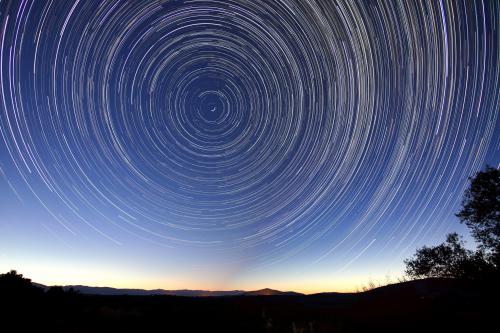 Hope you found this piece of history as interesting as I did, but in my opinion, this is a very good start to hopefully a much better year..
[PBT] ProtoBetaTest: A run through Windows Phone history by looking at prototypes
[Project] WDPSL: Disk Preparer and Setup Launcher - [How-To] Spoof any phone for updates packages or urls
[Fun] Office Lime: The best commercial product from Microsoft

This is so fascinating! I wonder if it has to do with the Windows Phone's Continuum feature? That's what it looks like, to me anyways.
Top

No, not at all actually.
Continuum was 1 shell that looked differently depending on whether an external monitor is plugged in or not. Without external display you just have the regular phone UI, with display it changes shape into a desktop-like thing. This idea was later pushed further in CShell. That was 1 shell that could also change the looks depending on the device or context, only now not limited to phone + display. It would be the exact same code running on XBOX, PC, Windows Mobile, Surface Hub, POS, IOT, ... I think the advantage of this is that most stuff like (live) tiles, context menus, app drawer, start screen, notification area, etc. exist on multiple platforms anyway and they should have the same look and feel everywhere. 1 code base for all of them makes sense.
I think it was cancelled but I'm not sure (hard to keep track with all these fancy ideas being developed and then cancelled

WCOS was more of an attempt to make Windows more modular and allowed to create new SKUs "on the fly" without programming work.
You see, PC Windows, Windows 10X, XBOX, IOT, Mobile all have different features. You probably don't need server features on an XBOX, or Hyper-V or Defender on an IOT device. Currently there's kind of a fixed list of SKUs.
WCOS would allow MS internally to create a SKU for a new device category very easily. Just select what features you want for a new device, click build, and a build rolls out.

I'm sure some stuff is incorrect, so now I'm waiting for gus33000 to correct me

If ur a pirate, say arrr!
Top

Here's my question. Those pictures...was he running this on a phone or something like that? Seems like it
Top

Does that mean this requires ARM32 to run it or...
Top

Does that mean this requires ARM32 to run it or...

He literally said that the build is ARM32.

Does that mean this requires ARM32 to run it or...

He literally said that the build is ARM32.

Sorry, he mentioned VM's so I kind of got confused there
Top

THIS IS AMAZING : ) is there any way to experience Polaris in x86 computer?
Top

Probably not, there is currently no known way of running it on QEMU (Which is the only emulator that emulates an ARM32 PC) and you can’t run it on VMw/Vbox as they don’t support ARM32 emulation.

It should be possible to bring this to text mode by using the IoT setbootoption.exe utility and changing the shell to cmd.exe yes really
AlphaBeta, stop brainwashing me immediately!

What do you mean with "just another"?
It's not like every random kid can just fork Windows. So if it comes from within MS then obviously it's going to be based on NT + a lot of existing Windows stuff added to it because if you need something you already have then don't reinvent the wheel.
With this kind of things it's not so much about how similar it is to the regular Windows (it shares probably millions of lines of code) but what the differences are.
If ur a pirate, say arrr!
Top

and after all that writing, its again just another fork of win 10...
Top

Aight, Andy or mrpijey please remove the upload + this thread then, apparently this is not interesting enough and not worth keeping

If ur a pirate, say arrr!
Top

LuLu, it's abundantly clear you think this is just a fork, we get it, one post is enough. Any more of the same is spam. See this as a warning in case you decide to post more pointless replies.

This is really neat! Those screenshots look interesting. It looks like a mix between Windows 10 in tablet mode, and in desktop mode. I'm surprised Microsoft has such a hard time stopping leaks

I think with some modifications to either QEMU or the ISO image, it could become bootable. QEMU as well as it's BIOS/UEFI is open source, so that should be the easiest to mod to work. It will just take a while, and be quite some work, however the community has pushed through before.
Top

Interesting stuff, thanks very much.

Regarding the background, not sure if anyone is even interested in this, but the exposure time must have been around 6 hours, probably a little less (like 5 hours and 45 minutes or something like that). When looking at the most inner star, it seems to have moved a fourth of a full circle (full circle = 24 hours), so the exposure time should have been like 24/4 = 6 hours.