Discussion of beta and abandonware topics not fit for the other forums goes here.
Post Reply
24 posts • Page 1 of 1

Extremo wrote:I recently purchased a settop-like Commodore 64 Web.It! computer (actually a x86-based PC unit with built in C64 Emulator).
This thing uses PC-DOS 2000 with IBM EmbOS (in ROM) as operating system. As far as I could find out, EmbOS is IBM's custom version of an embedded MS Windows 3.1.
Unfortunately, I couldn't find any more info on this on the internet (like SDK, application notes, whitepapers, etc.)

Has anyone ever heard of this thing and/or seen the development environment in action?

here and a few days later, this rare Web Computer International EmbOS appeared on the internet in a Virtual Hard Drive format with German localization.

The interface of EmbOS is creative and user friendly so it gained most users' like, however EmbOS is only available in German. What if I can't understand German?

, but they were never "leaked".

I started the translation with the very basics - PAGES.INI, then moved on to Windows (EmbOS) Accessories, and then harder ones such as PROGMAN.EXE, SHELL.DLL, USER.EXE and WIN.COM. They are still relatively easy comparing to Web.It apps whose strings were hard-coded into the executable instead of being stored in string-tables of the resource section. I've been working on those for several months now (as I have limited time) and the most challenging part is not only Hex-editing, but the translation.

. Well, all I got out of it was a bunch of meaningless strings that makes no sense and I have to guess for their meaning (if any)

. (As you know) The translation did not go very smoothly... and here is what I've done so far:

And here is the list of thing that I am currently working on or will work on:

So why I post this up? I want your help! As I said, I can't understand German and Google Translate's translation does not produce precise and accurate translations, so if you are interested in this, please download it (at the bottom) and try. If you find anything in German, post it here and if you have a better translation, please comment.

Edit: Since Microsoft Virtual PC is becoming unpopular over the years, I decided to migrate the project back to VMware format. Although the newest build is in VMware 14.x format, other emulators and hypervisors can still run it if you convert the virtual disk into their acceptable formats. 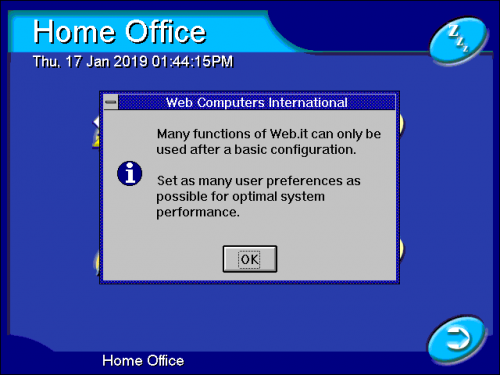 After booting into the OS, a dialog will pop up saying you need to configure preferences to reach optimal system performance. It only happens on the first boot after installation. 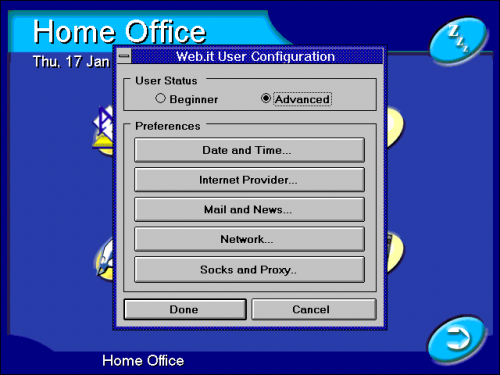 This is what happens after you click OK. If you make any change to the preferences, it won't pop up again after boot. 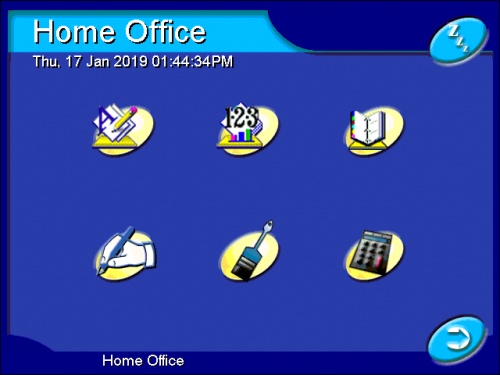 After configuration, here is your Program Manager, fully translated. 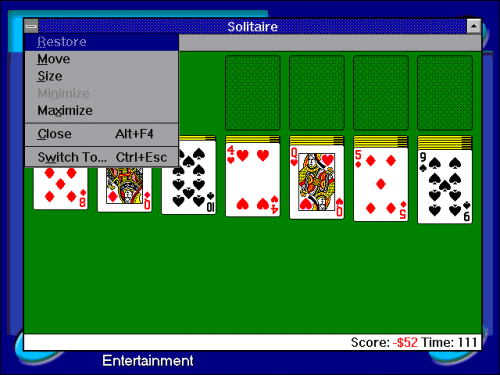 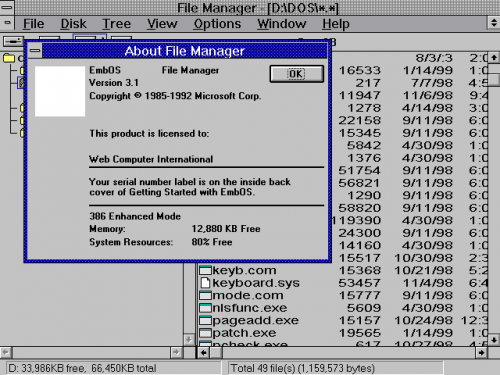 File Manager open with About dialog. It is registered to Web Computer International. 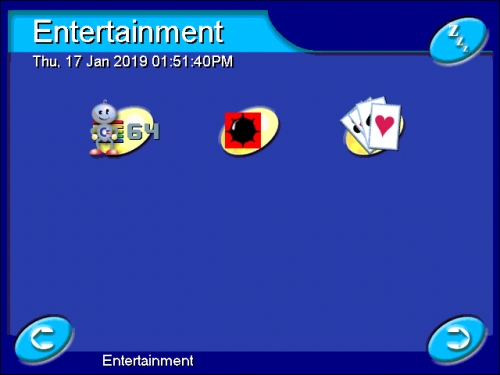 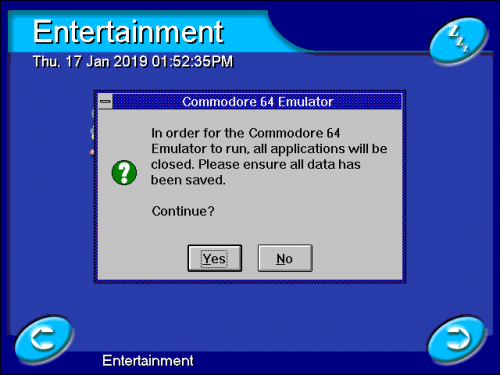 Warning that all apps needs to be closed. 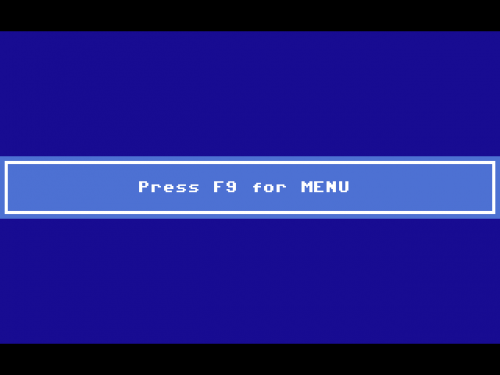 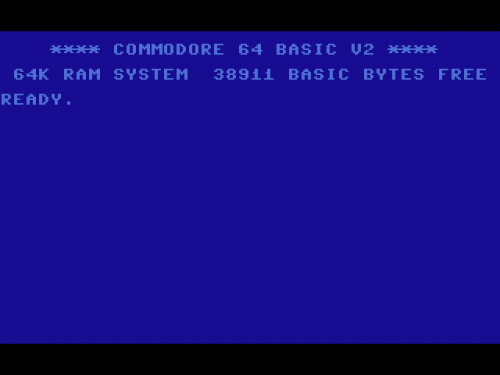 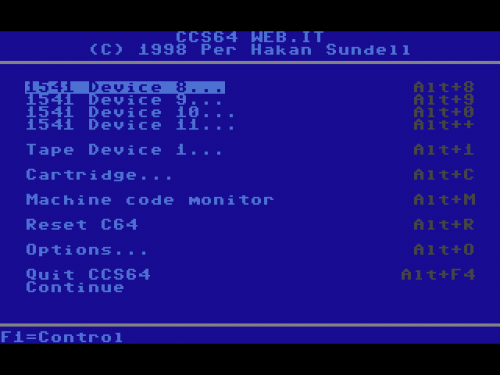 The bitmap images could possibly be edited with Photoshop. However, I'm not sure it will work all the time.
Top

Thinking of the past...

Now I'm on Escargot! Just add me on your contacts using my e-mail (The MSNM button after my signature) and chat me away! 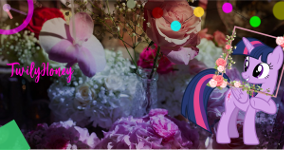 Actually, I wonder how to get my translated version to display in 16-bit or higher color depth. I will also remove some drivers because they are useless.

Please help me to translate:

The first one is horrible German to begin with. It is my mother tongue, and I can only guess what that means

Adding a DLL to a task failed because of a network sharing violation.

(The true-to-the-word translation would be: Attempt to add a dynamic link to a task or an error with shared usage or network security.)

The second one is quite clear:

Tried to start a second instance of an executable file that can usually only run once.
Top

Thanks, I have another one for you to translate:

I am not sure if it means:

Anyway, I found the bitmap images and replaced them.

Just a few more to go

It’s "You want to change the screen resolution."
Top

Thanks @Ringding.
I have a few more:

Thanks, they are very good translations and I am glad that you are helping me.

BTW, I will release an Alpha of my translation next week.
Top

I have no idea what this is, Google Translate gave me a bunch of rubbish that doesn't make sense... Please help

These are crazy strings

@Ringding, Thanks a lot! I am still working on my Alpha build... It will get released today or tomorrow. Your name will be in the credits section!
Top

1. Not all applications and drivers preinstalled with EmbOS are translated.
2. You could find German strings while using the OS, mostly in error messages. They are not yet translated.
3. This is an Alpha Release, which means it is not stable and could cause potential damages.
4. If you want to contribute, please post below.
5. If you have suggestions or have a better translation, please post below.
6. If you have the English version of EmbOS, please share it below.
7. If you want to share this project or any builds of it, please include the credits.

That has nothing to do with this.
Top

I need some translations for this project!

1. Not all applications and drivers preinstalled with EmbOS are translated.
2. You could find German strings while using the OS, mostly in error messages. They are not yet translated.
3. This is an a Pre-Beta Release, which means it is not stable and could cause potential damages.
4. If you want to contribute, please post below.
5. If you have suggestions or have a better translation, please post below.
6. If you have the English version of EmbOS, please share it below.
7. If you want to share this project or any builds of it, please include the credits.

Does anybody know how to connect EmbOS to internet? I tried many times without success.
Top

I really appreciate your work in making this accessible and with an English translation, this is a cool find.

Looks like to get Ethernet networking with it you will have to import some Windows 3.11 files to run Setup Manager so you can install the MS-TCP/IP-32 support & the Advanced Micro Devices PCNET Family (NDIS2/NDIS3) Ethernet driver as there is no button to install drivers on the EmbOS driver screen. You will also have to change the virtual machine config from NAT to Bridged as legacy OS don't play well with VMWare networking unless bridged.

I found these these resources about Windows 3.11 networking in VMWare:

I'm pretty confident it's possible to get the networking going with these resources. I'm going to have a go at it myself but i'm not very good with these legacy OS anymore

If you want to do it more 'natively' to EmbOS you would have to install software on the host machine to emulate a dialup modem and then connect that to the virtual machine COM port. I'm not sure if any free software exists for Windows hosts but I found this commercial one https://www.eltima.com/products/virtual-modem-pro/

There are a couple errors i've seen with the translation, when you mouse over the Sound Recorder it says 'Klang Recorder' at the bottom of screen and when you click on the Flash Card it says 'Incert Disk' instead of 'Insert Disk'.
With the "Restore Backup" prompt it says "To restore your system follow the following steps" this could be rephrased as "To restore your system perform the following steps"
Top
Post Reply
24 posts • Page 1 of 1