Discussion of beta and abandonware topics not fit for the other forums goes here.
Post Reply
4 posts • Page 1 of 1

Over the years, word has floated around the computer industry that some sort of corruption or errant code present in AMIBIOS in the 1993 – 1994 time frame would force computers to play the "Happy Birthday" song through the computer speaker on boot up. Extant reports generally indicate that this behavior could be interrupted and normal boot operation would resume by hitting one or more keys on the keyboard. Notably, one key component of this legend is that it would happen only once a year on the same date of November 13, which points to some hidden significance.

AMI says that's fake because someone said it used the sound card, but it's possible that it used the onboard beeper speaker, 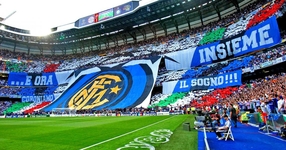 I haven't heard of BIOSes playing specifically "Happy Birthday" and the Internet seems pretty vague on that.

However, the Microsoft knowledge base documents a post-1997 Award BIOS feature that plays music through the PC speaker upon detecting a CPU fan or power supply failure under the awkwardly named Q261186: Computer Randomly Plays Classical Music.
AlphaBeta, stop brainwashing me immediately!

The authoritive article on this seems to be this f-secure document:

This is not a virus.

There is a a large set of trojanized AMI BIOS chips going around which halt the machine during boot-up on the 13th of November and play 'Happy Birthday' from the PC-speaker until you press a key.

Do note that it's not a virus - it will not replicate anywhere from an affected machine.

If you have this problem, contact your hardware vendor for a BIOS replacement.

So if you can find a PC with this specific BIOS revision, you should be able to replicate it. Given the name, it sound like this revision should not have been on production computers... but we all know how that goes.
Top

I found some additional info on this:

There is a report of the following nature: You are supposed to contact
the chip company to get this resolved.

(Credit for this report goes to Jakub Kaminski, CYBEC.)

[There are trojanized BIOS chips out there]

So, it looks that there is at least 17650 trojanized systems around.

The easiest way of identifying the trojan is:
- change date to 13th of November (year doesn't matter)
- reboot PC

After displaying messages simmilar to the ones below, you'll here the tune.

Also, apparently it was done by a disgruntled employee at AMI.
My Mixer stream page
Top
Post Reply
4 posts • Page 1 of 1