I'm not the best at making tutorials, but let's give it a shot anyways!

So you wish to install WMP 7.1 or 6.4 on Windows XP and higher, just out of pure curiosity? Well ok then! Just follow these steps(The installation on XP requires 2 additional steps seen below):

1. (Only for XP Users)
Before installing WMP7.1 On XP, you must know that XP (And 2000) comes with a "sub-system" called Windows File Protection. What does it do? Simply put: it restores files shortly after you deleted them/replaced them with and edited version. Installing WMP7 with this turned on quickly replaces the WMP7 Files with the ones from whatever version you had before (Be it 9 or 11). So we are going to disable it. All you have to do is make a .bat file with notepad using the following script described here. Then save it to the location of your choice and run it. Then reboot.

2.
Now, you need to uninstall the current built-in version via the programs and features control panel applet, and then select Turn Windows features on or off. Then find Windows Media Player and unclick it. Now it may say that some other features will be gone too(Windows Media Center for instance), but you can ignore that anyway (Unless you really need WMC). Reboot your computer if asked.
NOTE: Windows Vista does not have the option to uninstall WMP from the system. Use the method described in step 2.5 instead.

3.
Download 7-zip and use it to extract the files within the WMP installer(The lone exe file) to the folder of your choice. Open the folder you've extracted the files to and find setup_wm.exe. Rename it to something like setup_wm1.exe and set the compatibility mode to Windows 98/Me. Now run it and install as normal. Then reboot again if asked.

4. (Only for XP Users)
Now for XP, after the reboot, it may seem that the WMP Icon in the start menu does not appear. We'd have to go back to the programs and features applet in the control panel. Then click on Turn Windows features on or off again, and check Windows Media Player. Hopefully it should be fixed in a way that WMP 9 (Or 10 or 11) is not "reinstalled".

And whola! WMP7 should now be installed: 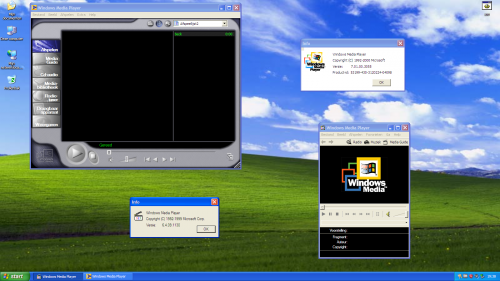 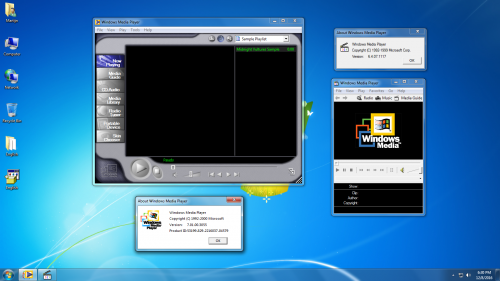 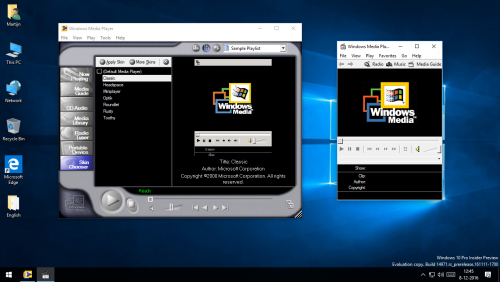 Version 6.4 of the player should also be installed now too, in C:\Program Files\Windows Media Player\mplayer2.exe.

I hope you enjoyed this tutorial

Really interesting that you managed to do this. I wonder, is it possible to do the same with the version that shipped with XP (RTM), if i remember correctly it was version 8.0. I always got unspecified errors and gave up, not sure if anyone else has done this.
My Website
Top

I have a question, this tutorial can also be applied to another language versions?
Top

Renaming setup_wm.exe to setup_wm1.exe without modifying the setup_wm.inf file will result in an error upon installation. I've experienced this when installing WMP8 on XP Pro N SP3. 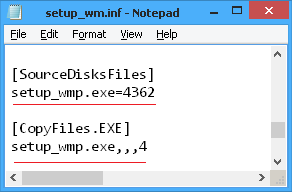 You'll have to change the setup executable name to the new one in the SourceDisksFiles and CopyFiles sections of the setup_wm.inf file before proceeding to install.
This signature has seen better days, for sure...
Top
Post Reply
4 posts • Page 1 of 1