Windows console has been open sourced

Windows console has been open sourced

Microsoft has revealed their new Windows Terminal app, which is a new open source terminal app for Windows. Another thing that has also been open sourced as a part of it is the legacy console host, which means that the source code of conhost.exe is now available for the world to see! From the comments in the repos, the console dates back to November 1990.

Re: Windows console has been open sourced

Damn. That's almost a year BEFORE Microsoft announced NT to the world and apparently only a few months after the project changed from being NT OS/2 to Windows NT. Interesting.

Fun fact: The properties window for any console program still uses the Windows 3.x style title bars in its window preview. So, if you want another remnant of NT's past without digging through the publicly released source code, here you go: 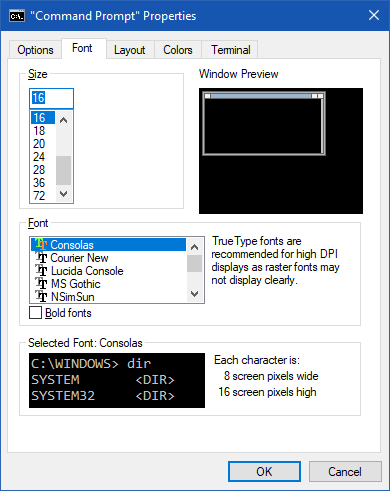 Also, I'm actually pretty excited about the new terminal app. It finally gives the rather antiquated console some much needed enhancements, like tabs, some rather nice color themes, a nicely verbose status bar, and TABS.
Do Not Make Illegal Copies Of This Signature.
YouTube | Twitter | BA Wiki | BetaWiki
Top

Re: Windows console has been open sourced

I'm excited for it to tie in CMD/Powershell/Linux into one window. I use these a fair bit at work.
Top
Post Reply
3 posts • Page 1 of 1