Yep, as last, some very nice goodies from CompuData/Tulip !

The apps (from late Aug/early Sep 1985) were already branded as "1.01", the bootscreen is branded as "1.xx". When you really looking/digging into the apps you can find changes compared with Premiere Edition and the Final Edition.

Note: Disc 1 contains a "Write.DAT" file, but CompuData didn't shipped it with Write.exe, their documentation explicit stated you got "Windows Write" with/after the Update Toolkit (see below) 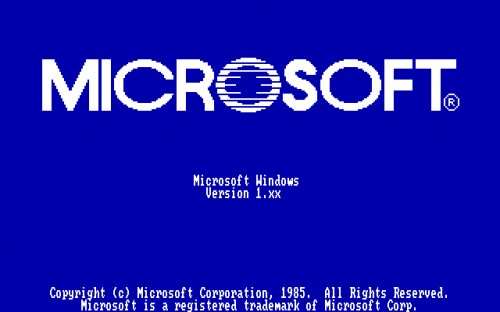 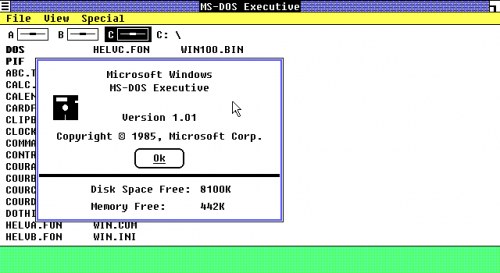 The 2 Update Toolkit floppies which convert the previous release (the 1.xx/1.xy) + added a new floppy (disc 5 for Windows Write) to the Final Edition, apps were not updated. 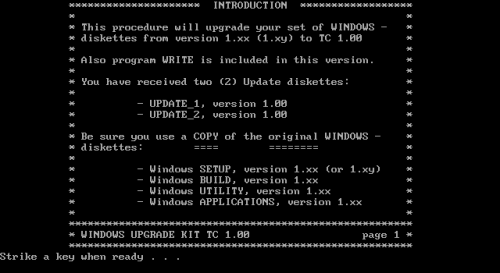 Given out for CompuData's Tulip System PC Compact and Advance/Extend 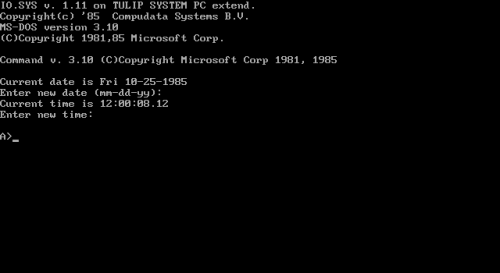 The setup is now almost like in the final release, with only some minor changes (though it still defaults to C:\ as the installation directory, just like PE). It will still ask for the Write disk, despite Write not being included (the update batch files for TC 1.00 create an entirely new Write disk instead). My guess is Microsoft did not want to distribute Write (which was still under development at the time) just yet, but it wasn't removed from the setup for some reason (they forgot?). This could also suggest that at least some builds at this time included Write, most likely for testing purposes. PIF Editor is now installed into the PIF folder rather than the root installation directory.

As far as the applications go, they appear closer to their final versions than to PE, it's mostly menu changes and some new features, such as the Undo feature in several apps, mouse options in Control Panel, etc. The MS-DOS Executive has had some improvements, it's now automatically restored after an application is closed. Dialog boxes now no longer confine your cursor to their limits and instead prevent you from clicking on anything outside of them (the beep effect for this has been introduced as well), like in the final release. The default system font is unlike both final and PE, seems to feature more spacing around text in UI controls.

This release is also peculiar since it's both a beta/pre-release and an OEM release. I'm not sure why, but apparently Tulip really wanted Windows on their machines before it was really ready. Anyway, it's cool that we finally got another pre-release version of Windows 1.0.

EDIT: It's also worth pointing out that the update kit indeed creates the same set of floppies as the TC 1.00 release we've had on the FTP for a while now.
All roads lead to Neptune™

Neat find. Too bad it's not a holy grail find, like DR1 - DR4, or anything significantly different from 1.01, but it's still cool to have a new leak of Windows 1.0. I've now added it to my 86Box systems.
Instagram
Top