https://support.microsoft.com/en-us/hel ... ed-support Apparently, today extended support ends for 2007 side note: I have a copy of enterprise version if anyone is interested. 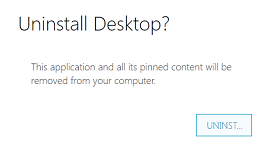 Some of the people around are still using office 2003 and office 2007, there's no concept of software update in their mind as I think.
Top

I am still using it on my windows xp desktop. I have it preinstalled.
<a href='https://www.betaarchive.co.uk/imageuplo ... 443.PNG</a>

RIP Office 2007. Honestly, I feel like I'm the only one who actually kinda likes the ribbon. I don't get why it's so hated.
Top

I'm still using Office 2007 on one PC but it's not important to me. All I need to do is type documents and have ink capability.

Longesthorn wrote:RIP Office 2007. Honestly, I feel like I'm the only one who actually kinda likes the ribbon. I don't get why it's so hated.

I like the ribbon interface too, but all the complaints are certainly not without merit. For novices, I think ribbons work better than menus. For power users who rely heavily on keyboard accelerators, I think there's little difference between the two. But for intermediate users who remember menu commands by their names and positions, I think ribbons are disastrous.

Menus present commands in a way that is very uniform and compact. Ribbons mix menu commands with toolbar commands, and enumerating the items in a ribbon is not as simple as it is with a menu. If you're used to menus, it's quite natural to feel like the command you're looking for has been lost in a bunch of clutter. To make matters worse, buttons to open important dialog boxes are very small and easily missed in the ribbon interface. Navigating ribbons with the cursor keys is also troublesome because of all the extra toolbar commands and combo boxes. And of course, certain commands take more clicks with ribbons than they did with menus.
Top

JustZisGuy wrote:Office 2007 and it's "ribbons" were an abomination. Office 2003 forever!

I must respectfully disagree.
"We do not view the desktop as a mode, legacy or otherwise."
Windows Vista: Microsoft Speech Center | Windows Vista Saved Search chronicle

Damn, I feel old now. Like Vista, I still remember when it was released. I should still have a old promotional booklet for Vista and Office 2007 somewhere. If I ever find it, I'll upload it for kicks and giggles.
Do Not Make Illegal Copies Of This Signature.
YouTube | Twitter | BA Wiki | BetaWiki
Top

That said, office 2007 and XP were the first versions of Office I ever used, rest in peace

Rest in pepperoni Office 2007 (the only Office I've used when I was young... excluding pre-installed Microsoft Works.)
S.A.

I have an XP machine that uses Office 2000 and another one that uses office 2003
DV
Go check me out on YouTube!

I still use Office 2000 for more important work (excluding office insider) because I think that modern office versions are too messy. I can't customize ribbon as I could customize toolbars. I hate "metro" design because it reminds me of old, ugly and useless ms-dos programs (in my country there were strange restrictions of which software will be available to normal users).

Now office 2016 is the latest one that is also available online where you need to pay the subscription fee to use it.
Microsoft has announced a year back that MS office 2007 will get outdated by October 2017 but I still love to use office 2007 as I am comfortable with this version.
Top

My preference is Office 2010 since it still has Microsoft Picture Manager included w/ the install & is a tad newer that O'2007.
Top

If anyone would like to see and interact with the Office 2007 ribbon but don't want to install the full Office 2007 suite (or don't own a copy), download Microsoft's Excel Viewer 2007 from https://www.microsoft.com/en-us/downloa ... aspx?id=10 . It looks almost exactly like Excel 2007, but without the ability to edit files.
Top
Locked
19 posts • Page 1 of 1