While browsing the WinHEC 2006 PowerPoint presentations I discovered an image in Windows Display Driver Model (WDDM) v2 And Beyond (slide 10 of 42) of Windows Vista that caught my eye: 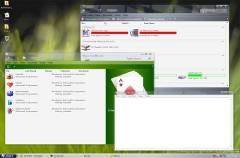 It is unfortunately of low resolution, but note the Games Explorer—which is even represented by a green color as per pre-reset "Longhorn"—Windows Aero (with thicker title bars reminiscent of pre-reset "Longhorn"); the glass relection; and finally a menu bar and Command Bar with a gray color similar to post-reset Windows "Longhorn" 5048, as well as a taskbar similar to the version in that build.
"We do not view the desktop as a mode, legacy or otherwise."
Windows Vista: Microsoft Speech Center | Windows Vista Saved Search chronicle
Top

The taskbar is indeed from 5048

...am I the only one here here who finds the black menu bar text a bit...odd?
Top

It has a taskbar identical to 5048 and features the new Aero. Besides, being shown in a presentation about WDDM suggests that this particular build was used to demonstrate WDDM, and the best way to do that would be with Aero.

Not sure about the games explorer though, however it is none of the following builds: Interesting thing that this build is featured in a WinHEC 2006 presentation and originally it has been demonstrated in WinHEC '05 for the more advanced Aero theme and window scaling.

Some other screenshots of this build: 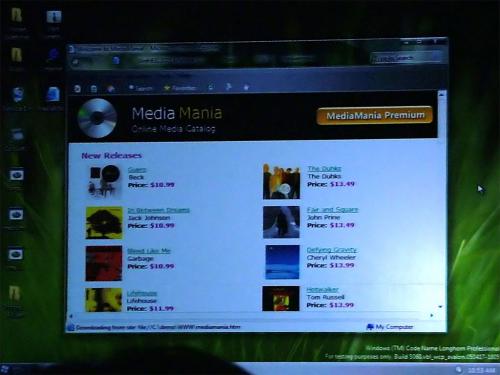 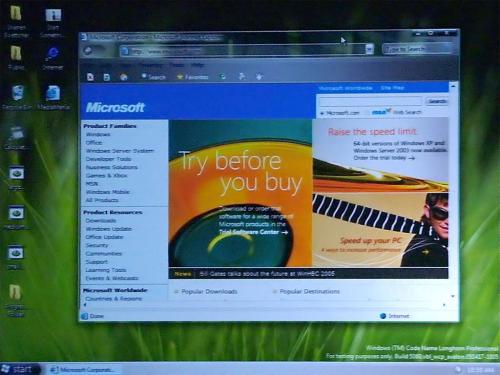