I recently was lead into this research because something wasn't quite right with a set of DMF images made from a folder dump. Setup was erroring out, obviously trying to read the "name/org" data written to Disk 2.

Some research lead me to find out that this data is actually written to track 0, sector 0 of the floppy, right after the actual BPB/boot sector data, at offset 0x94:

On an untouched Windows 95 Disk 2, length and data should be entirely zeroes.

The data is encrypted with a hardcoded XOR key:

After decryption, the data is in the following structure:

The strings are null terminated and padded with what seems to be an information leak.

Here's the whole diskusagedata block, from 0x94 until the end of the sector, base64'd:

After decryption, you can easily see that this disk 2 was previously used by:

..which is (almost) exactly what the setup tells you (it regens the last 5 chars of the serial, by generating 5 new random digits): 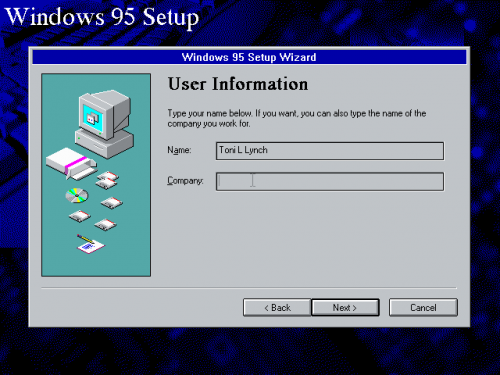 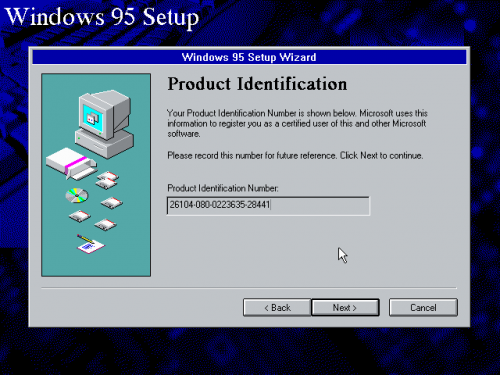